SAINT JOHN – It was long past dawn, but that didn’t stop the colours of sunrise from spreading across Main Street on Thursday morning.

It was the 14th annual Marigold Project on Main Street. More than 1,000 elementary school children took to the north end thoroughfare to plant 40,000 of the bright flowers.

Jim Irving, who accepted the award on behalf of his father, said it was “great to see all these young people here who take such pride in the city, planting flowers. It’s a great lesson in looking after things and civic pride. It’s great that (organizer) Barry Ogden and the rest of all these folks take such time with school teachers and young people to make sure it’s done properly.”

Cooper said the Marigold Project is a “phenomenal program” that has attracted worldwide attention. Earlier in the ceremony, provincial cabinet minister Trevor Holder, MLA for Saint John Portland, told the crowd about buses carrying cruise ship passengers slowing so the tourists could photograph the sea of flowers that have become a Saint John landmark.

Cooper said it was nice to be recognized for her efforts at the Boys and Girls Club.

“You certainly don’t do the kind of work that I do to be recognized. It’s all about the children and youth,” she said.

Cooper and Irving planted the first marigolds near the top of Main Street.

Then the children dug in.

With pop music blaring from the loudspeakers, marigold planters marched to their assigned sections and rolled their sleeves up. Some donned gardening gloves, while others let the dirt squish between their fingers.

“It’s so smooth,” Alexandra Collrin, who is in kindergarten at Centennial School, said as she rubbed her soil-covered hands together. She called the marigolds beautiful and simply said people will think they’re “perfect.”

T.J. Foster, a Grade 5 student at Centennial, has his own reasons for liking the Marigold Project.

“I think that it’s really fun because for once you don’t get in trouble for getting dirty and you get to help plant some flowers so the town looks prettier,” he said.

“I feel it’s great for the community to have a beautiful city,” she said.

For some children, the annual event isn’t just a chance to get out of the classroom and get their hands dirty, it’s a time to do something they love.

Ashley Vicars, a Grade 3 student at Princess Elizabeth School, gardens at home with her mother and grandmother. “It’s fun and I like planting things,” she said.

Roughly 2.3 million marigolds have been planted since the tradition began in 1997. Planting has also spread from Main Street to 55 sites across School Districts 6 and 8.

The Marigold Project is designed to inspire civic pride and beautify the city. Ogden, a local school teacher and activist, started the event, along with Bernie Morrison of the city’s leisure services department, with these themes in mind.

“It’s another great day, another great year. Everybody was worried about rain and the marigolds always bring the sun out,” Ogden said, standing back to watch planters dig in.

He also plans on presenting the Marigold Awards for years to come. The awards will be displayed at Centennial School.

When Ogden first began the Marigold Project he knew it would be a long-term effort.

“We now have close to a generation of kids that have done this,” he said. “It’s going to change the community.” 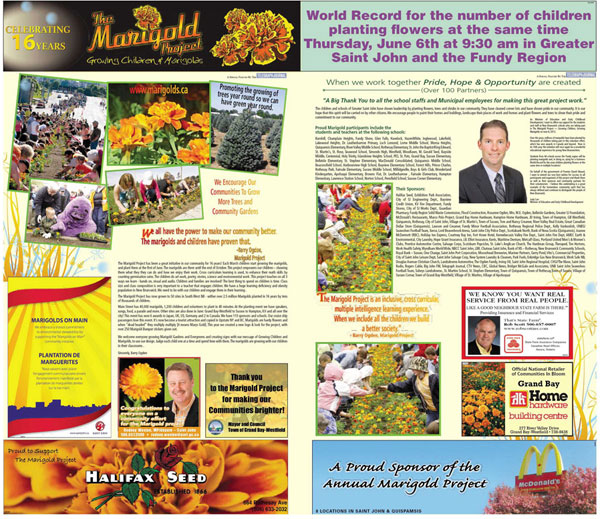 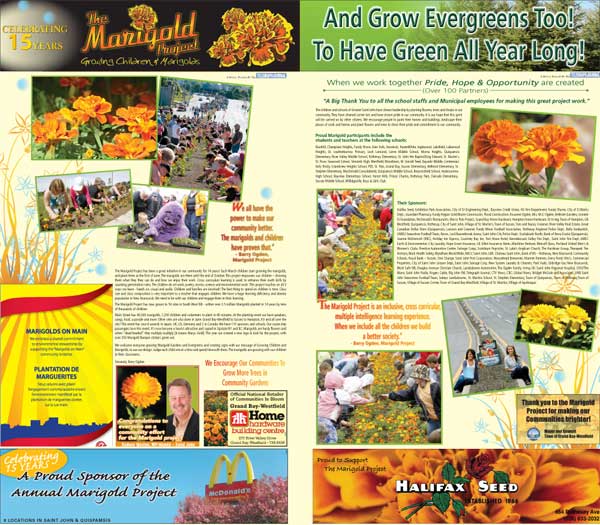 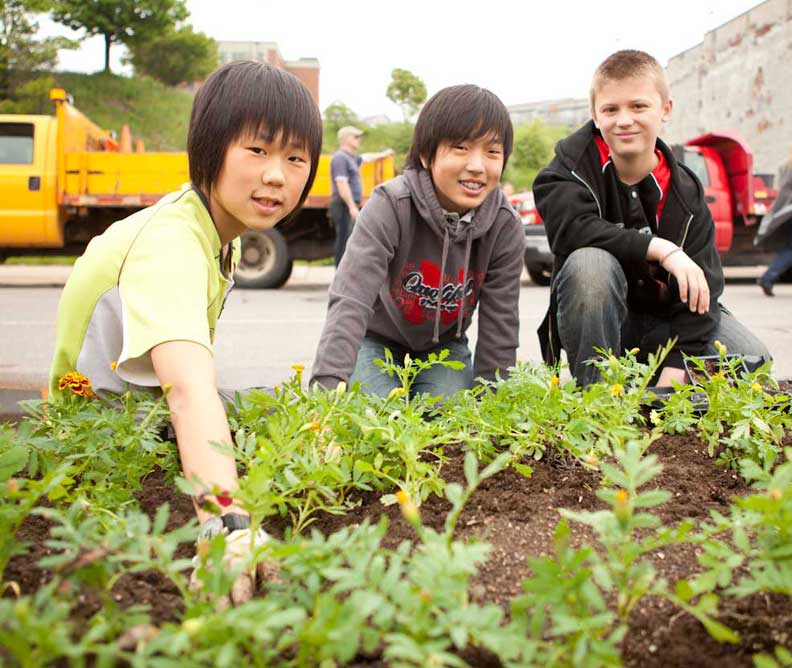 A community grows from tiny seeds
Scroll to top